Americans who can correctly define 'socialism' view it less positively

A couple of days ago, The Federalist published a long article entitled 'Why So Many Millenials are Socialists', the main explanation being that relatively few millenials seem to understand what socialism is. To investigate whether, in general, Americans with a better understanding of socialism view it more or less positively, I examined data from a poll conducted by CBS News and The New York Times in April of 2010.

Respondents were asked the question, "When someone says the country is moving toward socialism, what does that mean to you?" The correct (and modal) answer, given by 37% of respondents, was "government ownership of the means of production". The most-frequently given wrong answers were: "redistribution of wealth" (9%), "taking rights away from people" (9%), and "a bad thing" (4%). Unfortunately, the CBS/NYT poll did not ask respondents for their view on socialism.

Happily, however, a Reason/Rupe poll from August 2014 did ask respondents for their view on socialism. (Since the two polls surveyed completely different individuals, it is only possible to conduct an analysis at the aggregate level.) Percentages with a positive and negative view of socialism were reported for various different socio-demographic groups: whites, blacks, Republicans, Democrats, etc. Accordingly, I calculated the percentage giving the correct definition of 'socialism' for each of those same socio-demographic groups, using the CBS/NYT poll (sampling weights were applied in order to attain representativeness). 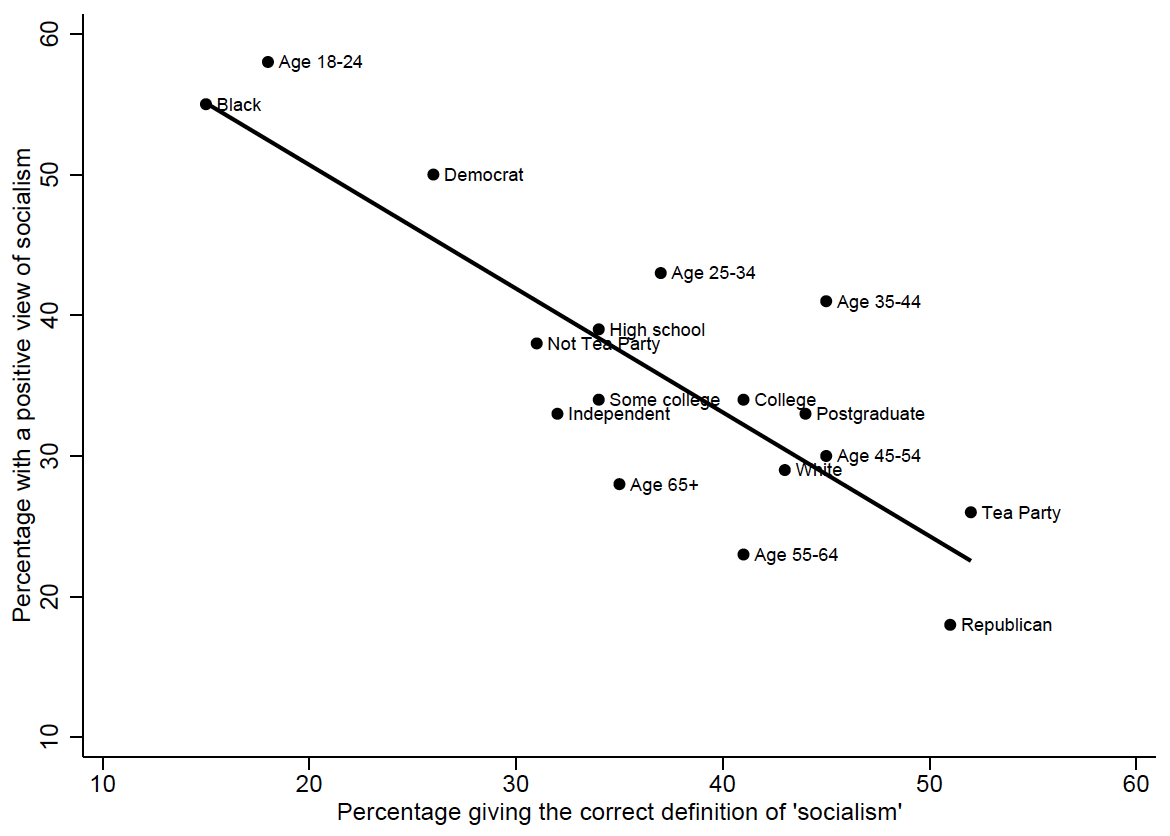 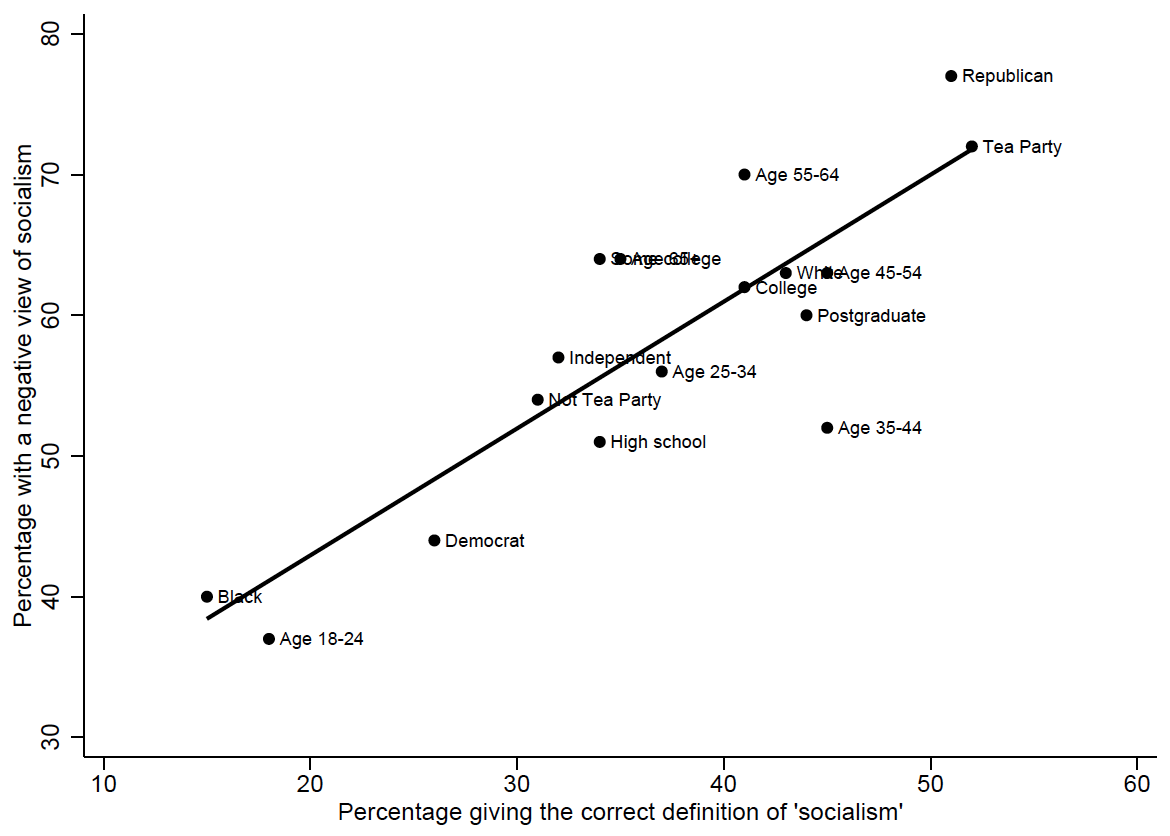 In both cases, there is a very strong relationship. Socio-demographic groups who are better at defining 'socialism' are less likely to view it positively, and are more likely to view it negatively. The correlations (controlling for group fixed-effects) are: r = –.85 and r = .86, respectively. Of course, since the various groups overlap with one another, and are therefore not at all independent, these figures should be interpreted with considerable caution.
Posted by Noah Carl at 20:34