As I've noted before, a large majority of the British public is in favour of reducing immigration: around 70-80%, depending on exactly how the question is phrased. Here I compare the immigration attitudes of two salient social groups: young graduates––individuals aged 18-35 with a university degree; and the white working class––individuals with two British-born parents who identify as white and do not have a university degree.

Young graduates are of interest because they comprise a disproportionate share of the social media commentariat––those who share articles and broadcast their opinions on Twitter and Facebook. The white working class are of interest because they are the demographic which has allegedly been abandoned by the Labour Party, their traditional and natural ally. Data are from the 2013 wave of the British Social Attitudes survey. 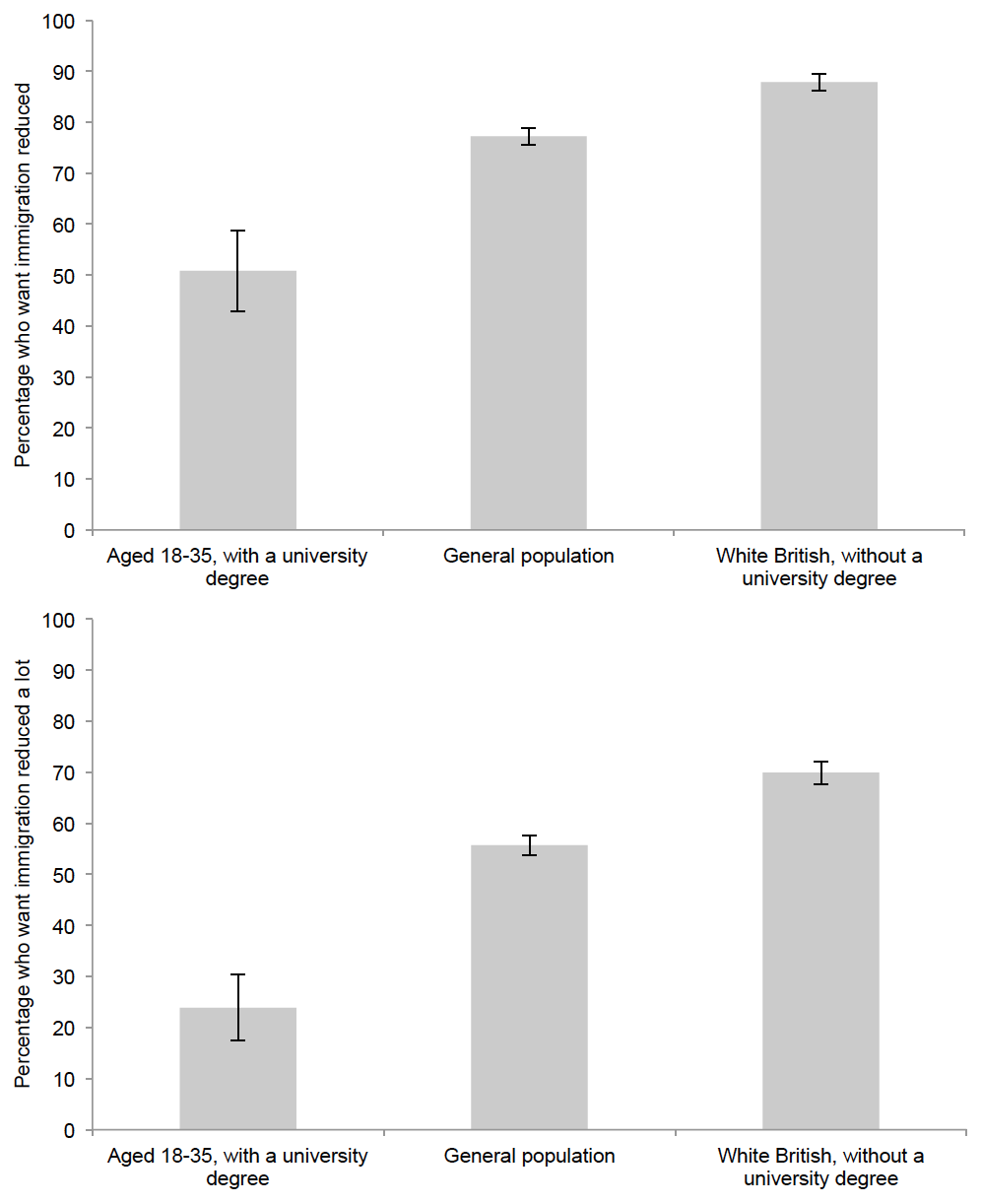